PHILOSOPHY AFTER HEIDEGGER: THE FRENCH TURN TO NIETZSCHE

In the 1960s, a new generation of French philosophers emerged on the scene. Join Dr. Schrift as he discusses how the leading figures of this generation - Michel Foucault, Gilles Deleuze and Jacques Derrida - turned from Heidegger, phenomenology and structuralism to the works of Friedrich Nietzsche and questions of truth, power and difference as they developed their own philosophical positions - positions that would come to influence a wide range of thinkers in the humanities and social sciences through the last decades of the 20th century and into the 21st. 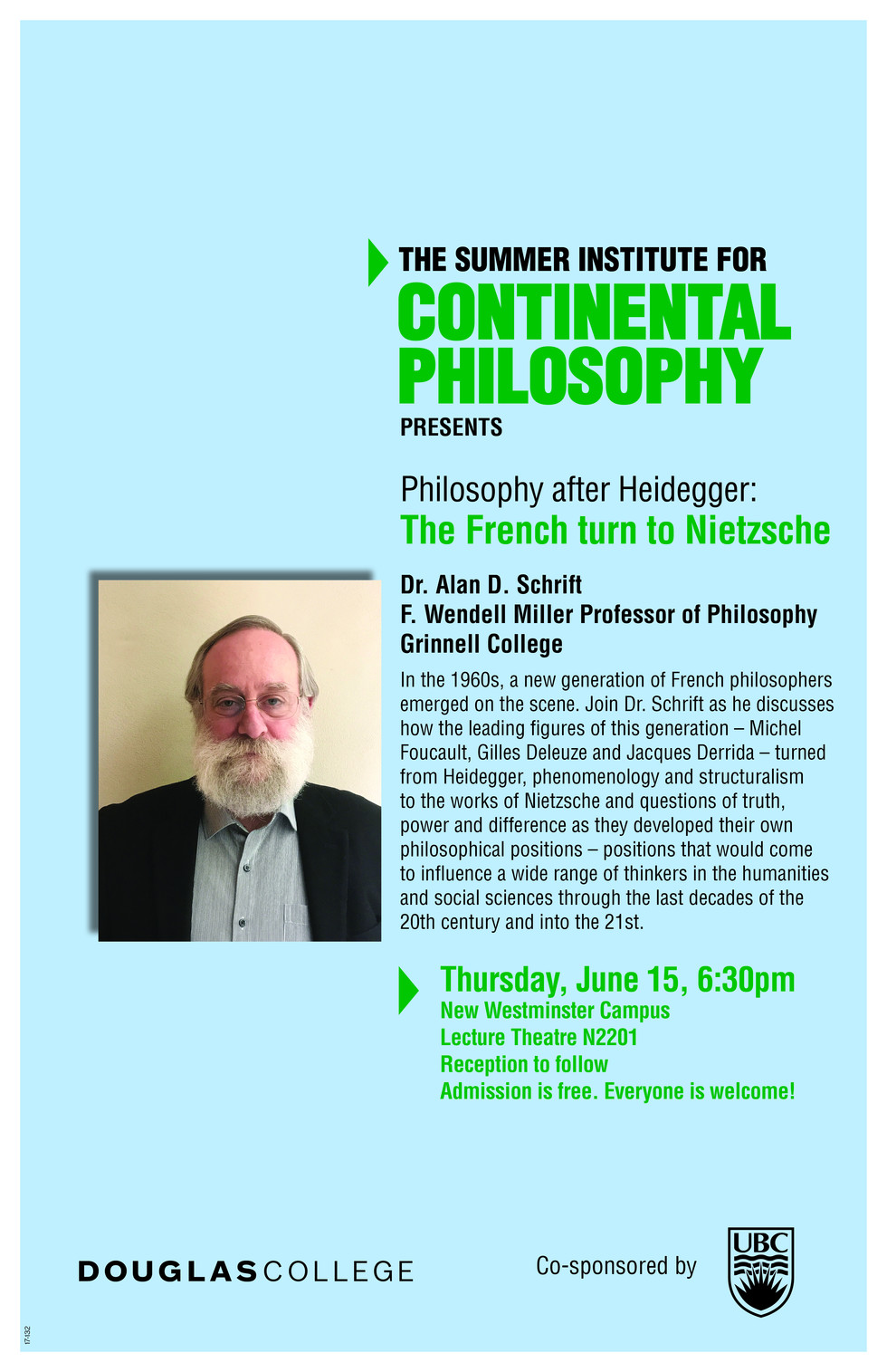