All Events
Zusammen Launch Party presented by the Steel & Oak Women
7:00 pm
The Terminal Pub, 115 12th St., New Westminster
The Zusammen launch party will be held on Thursday, December 21 at the Terminal Pub to celebrate the resiliency of women. In November the women of Steel & Oak brewed a beer called 'Zusammen' which means 'togetherness' in German. We wanted this brew to be one direct action we could take to combat violence against women. In addition to bottled beer sales, $1.50 of every pint of Zusammen will be donated to WAVAW at the launch party. Lot's of amazing raffle prizes and a chance to get to hang out with some really rad people, come on down, we'd love to see you! 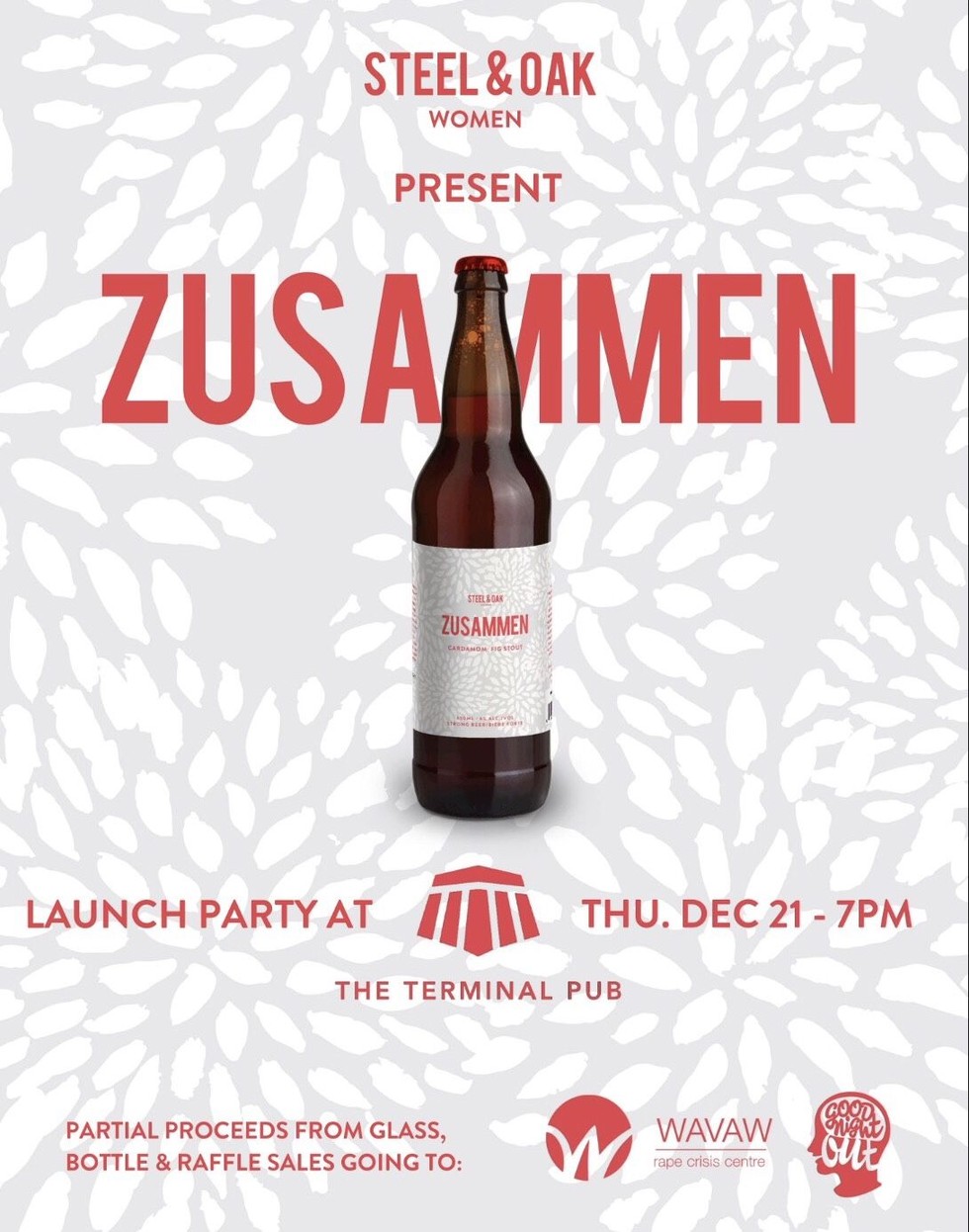