All Events
Vagabond Players Presents Drinking Habits
8:00 pm
4:00 pm
The Bernie Legge Theatre, Queen’s Park, New Westminster
Wine and secrets are spilled in this laugh-out-loud production! Two nuns at the Sisters of Perpetual Sewing Convent have been secretly making wine to keep their convent open. Everything starts to go wrong when two snooping reporters, Paul and Sally, show up and go undercover in the convent as a nun and priest; Paul and Sally’s presence, combined with the addition of a new nun, spurs paranoia throughout the convent that spies have been sent from Rome to shut them down... Can the two Sisters keep their big secret and manage to keep the convent’s doors open? Accusations, mistaken identities, and romances run wild in the Lower Mainland Premiere of this laugh-out-loud farcical comedy. 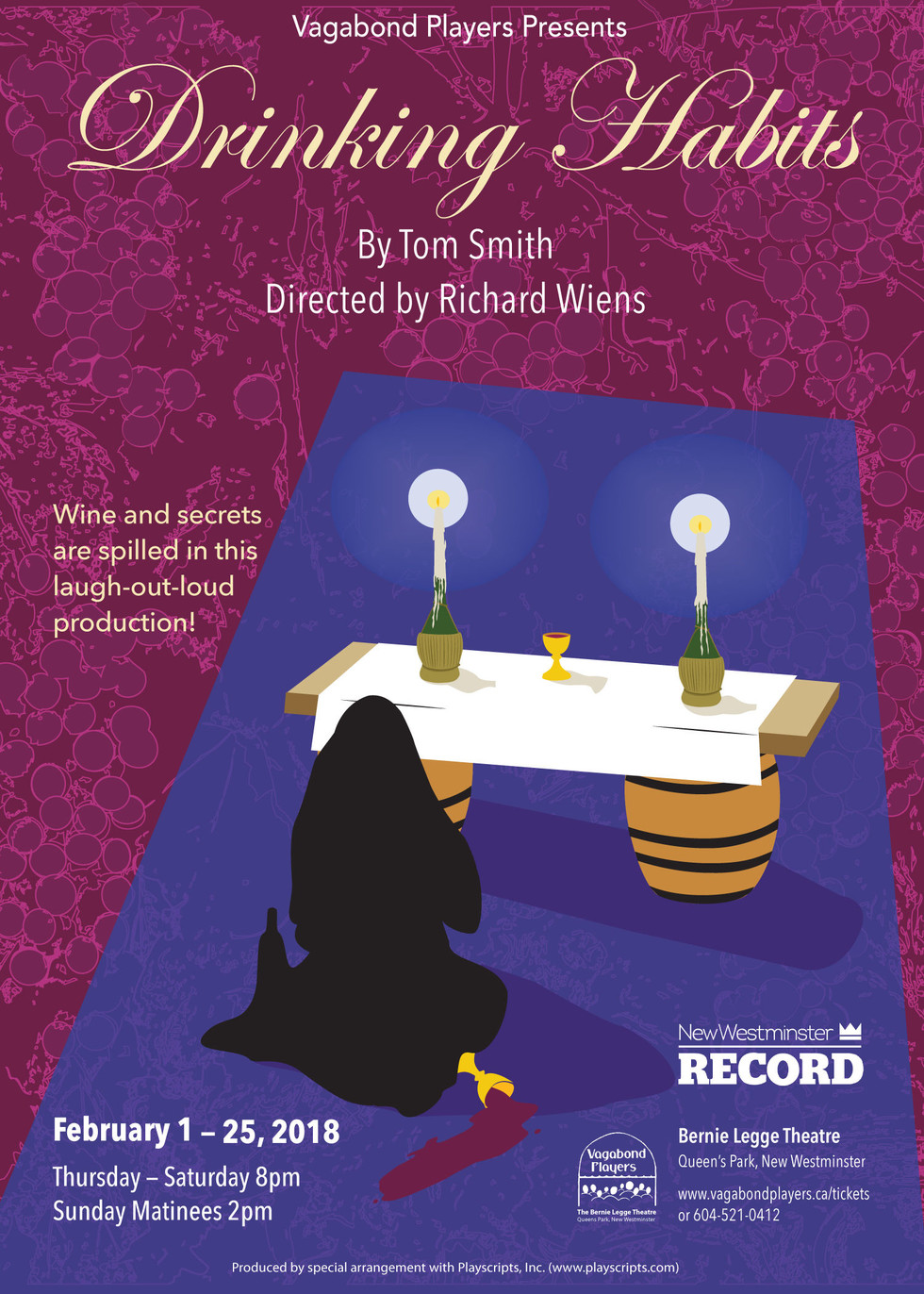