NWSS Musical Theatre Program presents the award winning romantic comedy CRAZY FOR YOU at Massey Theatre from February 21-24.  This romantic comedy tells the story of dreamer Bobby Child, a New York City banker who longs to perform on the stage. When he is sent to the sleepy town of Deadrock, Nevada to foreclose on a theatre, he meets Polly Baker whose father happens to own the theatre and he falls dramatically and hopelessly in love with her.

Audience members will be taken on a hilarious journey filled with cunning wit and mistaken identity as Bobby attempts to win Polly’s heart and save the theatre. The show features many Gershwin classics such as: “I Got Rhythm,” Someone to Watch Over Me,” and “Slap that Bass.” 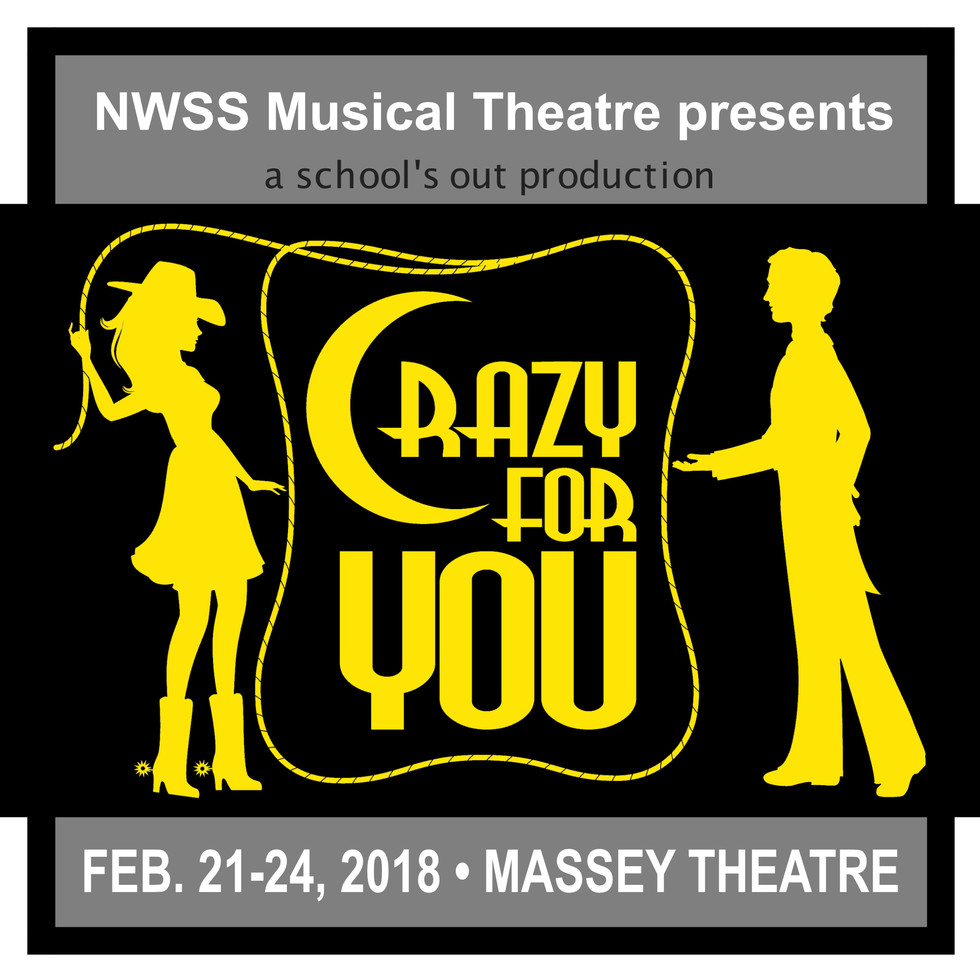