In association with Bottoms Up: The Cultures of Drink in the Royal City NEW WESTMINSTER MUSEUM FEATURE GALLERY (on until March 25th 2018)

Drink pairings with play readings where anyone can participate New Westminster has a rich drinking culture history. From the earliest days, New Westminster was a hub of taverns, billiards rooms and oyster saloons, where the thirsty were invited to imbibe. “In 1880, there was one saloon for every thirteen people,” says archivist Barry Dykes. “New Westminster was famous for having the most bar seats of any city in BC.” By the mid twentieth century, sailors followed well-established pub crawls through the city’s downtown. At the other end of the spectrum were the genteel tea parties and shops like the Mecca Tea Room. So why limit your drink pairings to just oysters and spirits. Even wine and cheese may be a bit passé. Why not a drink and a play? Come listen and/or participate to a live play reading at The Anvil Centre. Roles will be chosen from a hat of willing participants just prior to the reading. You also will be able to sip on a beverage chosen to match the play! 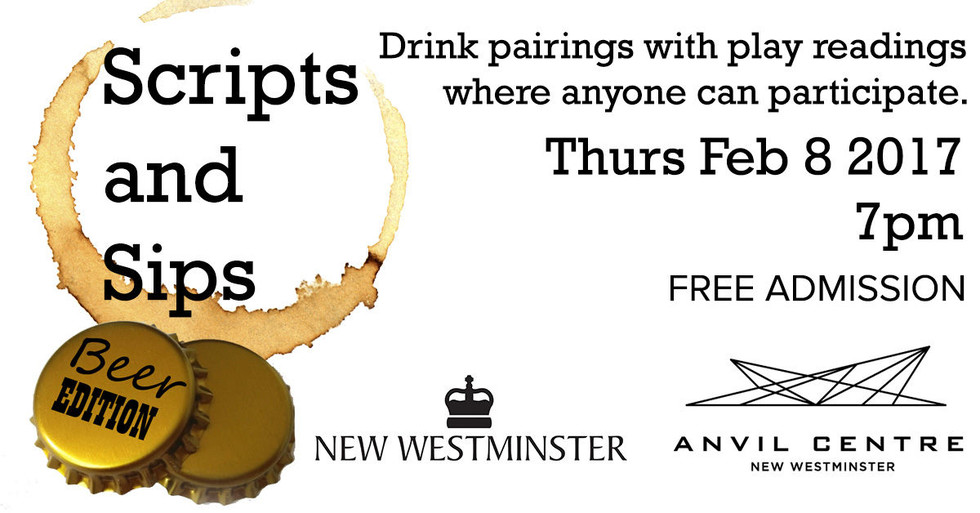