Niall McNeil likes to talk and Marcus Youssef is one of his favorite people to talk to. They live around the corner from each other and have known each other since Niall was 18 years old. Niall’s got an opinion about pretty much everything, and he’s funny too. Niall and Marcus talk about his friends, writing, music, photographs and videos, acting, the grocery store Niall works at, his homemade CSI videos, romance, Beauty and the Beast – all the sh!t Niall likes. It’s a conversation that changes every time they have it. It also questions who in our culture we allow to speak, and who we expect to listen.

Niall is a professional actor and Marcus is a well-known Canadian playwright. Over the last 10 years they have devised a way to write together and, working with musician Veda Hille, written two big shows: Peter Panties (PuSh Festival) and King Arthur’s Night (Luminato, National Arts Centre, PuSh Festival). These groundbreaking productions put the vision of a neurodiverse artist at the centre of their creation, offering audiences a perspective on iconic stories unlike any they have ever seen. 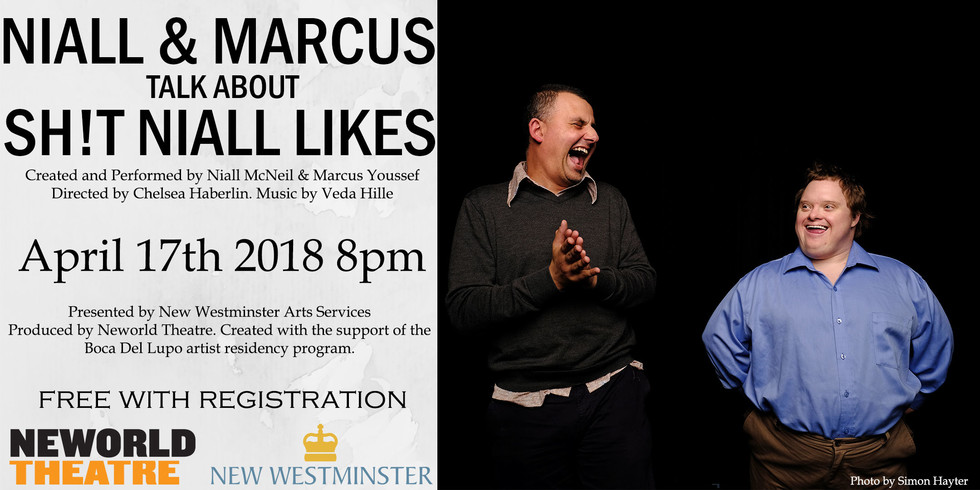