All Events
Gilbert and Sullivan's Iolanthe!
Anvil Centre, 777 Columbia Street
Twenty-five years after her banishment from Fairyland for marrying a mortal, a crime usually punishable by death, Iolanthe has been pardoned. She had a son by this illicit marriage, Strephon, who is, therefore, half mortal and half fairy. He is in love with Phyllis, whom he is determined to marry. However, in order to do so, he needs the consent of her guardian, the Lord Chancellor, who shows little enthusiasm for the idea of his ward marrying a mere shepherd. Join us for a Gilbert & Sullivan comedic operetta this spring! 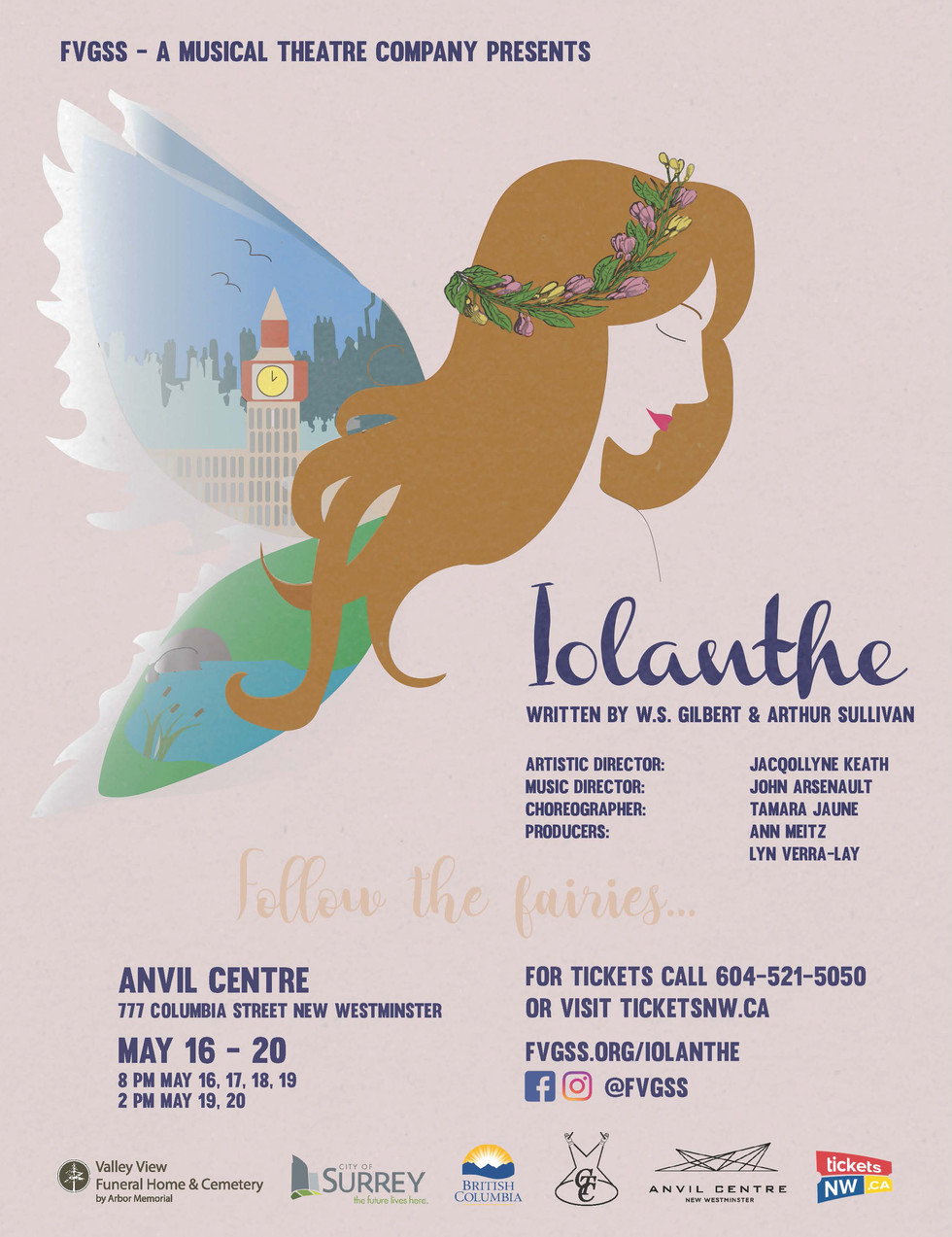