Originally hailing from Scotland, the newly-formed duo What We Embrace have been heavily influenced by their relocation to British Columbia, and have been igniting audiences and feeding their souls with their rich Folk/Country roots sound. Dougie Greig has come to the duo a seasoned performer having topped the folk charts in Canada and the UK with his debut album “Black Water Son” and numerous festival spots in Europe including a coveted sold out show in legendary launchpad venue King Tuts in Scotland. Newcomer Lindalouise Greig may be new to songwriting but an experienced creative having won the 2007 Robert Burns Award for Performance and the 2009 Willie Strachan Creativity award at The Centre for Contemporary Art, Scotland for her installation “Duplicity”. Their debut single “The Light” will be released 2018 and has currently made it into the quarter finals of the International Songwriting Competition Country category.

Uptown Unplugged is a weekly performing arts series presented in partnership with the Uptown New West Business Association and the Arts Council of New Westminster. Performances take place in various locations throughout Uptown on Saturdays and Sundays from noon to 2:00 pm. Uptown Unplugged features talented musicians from throughout Metro Vancouver. The program takes place from June 2 – September 9, 2018. Contact for more information. 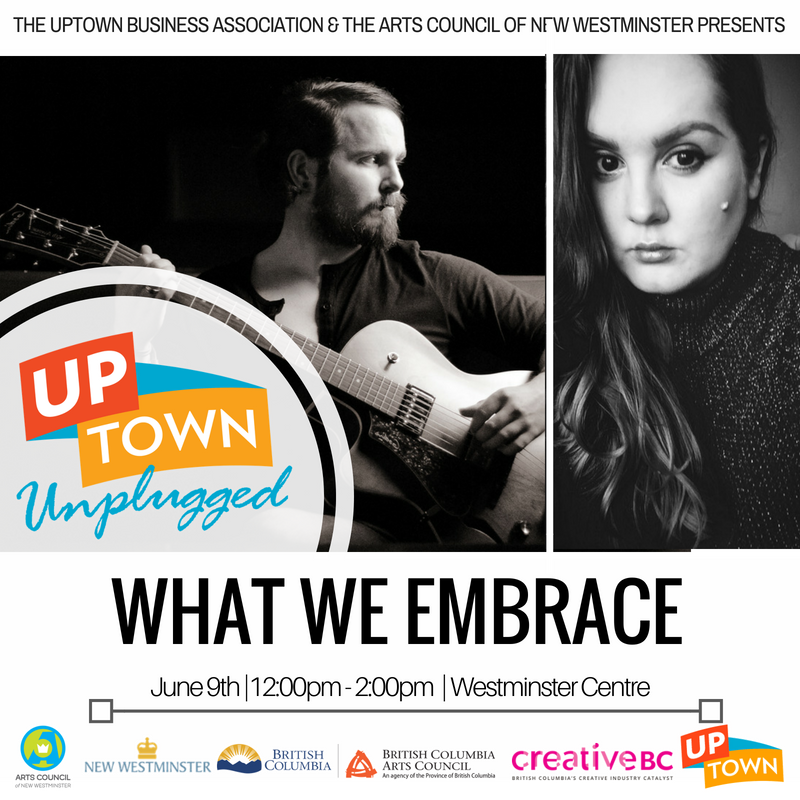