All Events
Returning: a film about the Salish Sea
7:00 pm
9:00 pm
Anvil Centre Theatre, 777 Columbia Street
Returning is a documentary film created by award-winning cinematographer Mike McKinlay and renowned scientist, author, and SFU adjunct professor Dr. Rob Butler. Returning began as a sailing journey that searched for people whose lives and livelihoods were connected to the natural world of the Salish Sea. Over two years in the making, Returning will whet the appetite of viewers who savour a new pact with nature and those who have fallen for the siren call of the Salish Sea. Dr. Butler will also be on hand to do a post-screening talk and Q&A facilitated by the FRDC’s Stephen Bruyneel. 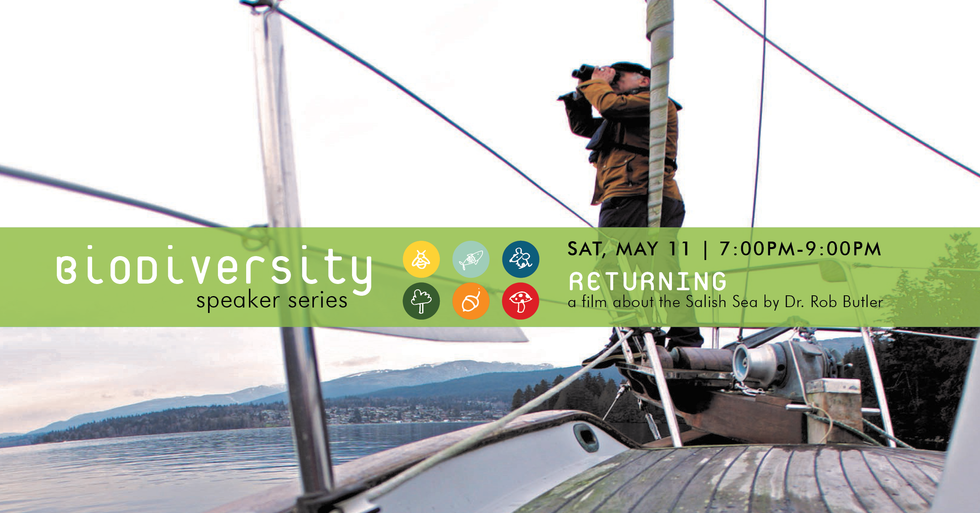