All Events
Herringbone
4:00 pm
Anvil Centre, 777 Columbia Street
Patrick Street Productions presents Herringbone, a unique one-person musical by Canadian playwright Tom Cone with music by Skip Kennon and lyrics by Ellen Fitzhugh, at the Anvil Centre in New Westminster. Darkly comic and highly theatrical, Herringbone is an off-Broadway hit set in 1929 in the heart of the Great Depression. It tells the tale of eight-year-old George who is taken under the wing of a vaudeville veteran, becomes possessed by the spirit of his mentor’s vengeful partner, and suddenly shows a remarkable talent for tap dancing! As the play progresses, an epic battle arises over George’s mind, body and soul. It’s a tour-de-force that has one actor singing and dancing as a dozen different characters. As an extra twist Luisa Jojic and Peter Jorgensen will alternate performances providing the rare opportunity to see if gender affects the story being told. You just might need to see it twice! 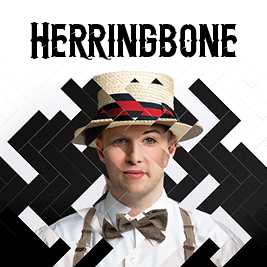