All Events
Berlin Waltz
7:00 pm
Heritage Grill, 47 Columbia Street.
Berlin Waltz is back! ONE NIGHT ONLY: just in time for the 30th ANNIVERSARY of the Fall of the Berlin Wall...! A young woman retraces all 100 miles of the Berlin Wall on her bicycle, uncovers the story of its Rise and Fall, and builds her own Wall of Sound using a strange arrangement of musical instruments. Featuring songs, slam poetry, and sock puppets(?!), Devon More's Berlin Waltz is a highly entertaining, politically-charged travelogue through high jinx and history. Showtime 7pm / Doors 6:30pm F#ck Capitalism: Pay What You Want The Back Room Theatre of The Heritage Grill: just steps from Columbia Skytrain station. Food, frosty pints, and full table service available. Reservations recommended: 604.759.0819. Immersed in a hypnotic original soundtrack, set against a backdrop of captivating projection media, "Berlin Waltz is a masterful blend of musical storytelling" (-Plank Magazine, 2016) that puts the Cool back in the Cold War. "This show is a work of art." (-Radio CJLO Montreal, 2017) The show that started Way Off-Broadway Wednesday back in 2016 returns with its annual real life lesson in how to start a revolution... Way Off-Broadway Wednesdays: Pay What YOU Want for fresh theatre from the fringes, every Hump Day at 7pm. 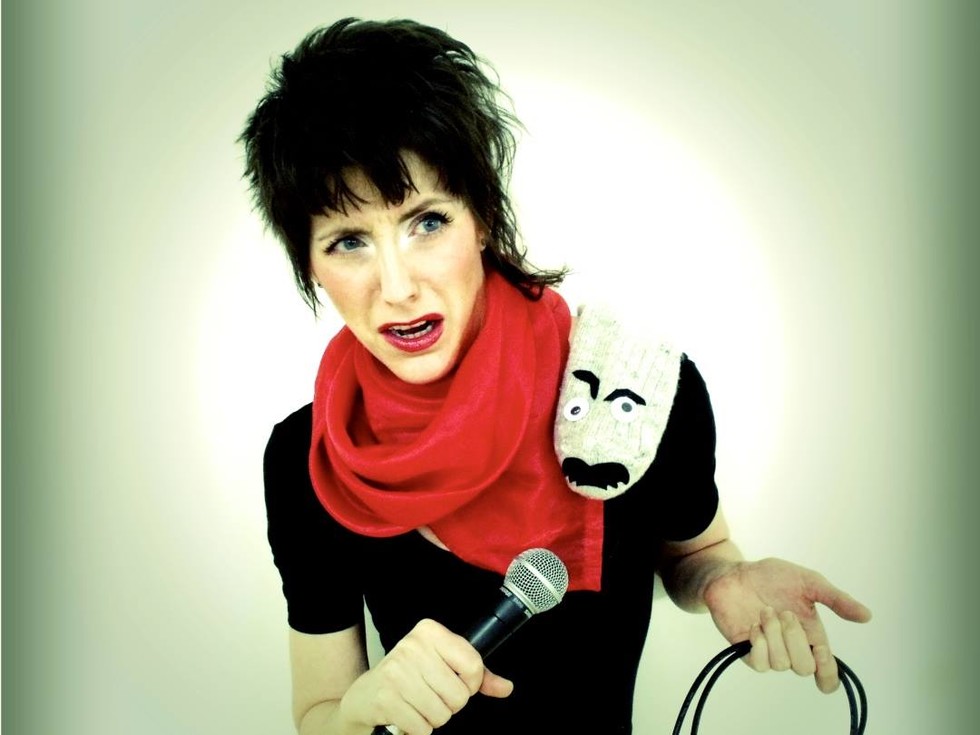