After its overwhelming debut at last year’s Vancouver International Children’s Festival, Parents Are A Drag, touches down in Vancouver as part of a Canada wide tour. Join local drag queens Peach Cobblah & Isolde N. Barron for a drag dress-up spectacular! Add some rainbow to your Family Day at this fun and inclusive event which reminds young ones, their parents, caregivers and everyone in between that it’s never too early (or too late) to get silly and dress-up! Parents are a Drag celebrates diversity with songs, laughter and play. With opportunities for the audience to become part of the show, be sure to come dressed to impress or ready for some dress-up time.

Written and produced by Zee Zee Theatre’s Artistic & Executive Director, Cameron Mackenzie and Playwright in Residence and Associate Producer Dave Deveau, their work, Parents are a Drag fulfills Zee Zee Theatre’s mandate in telling diverse stories and amplifying the voices of those on the margins. 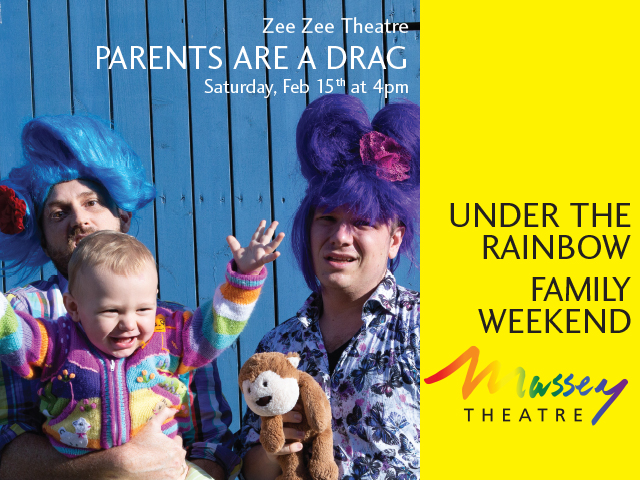