About PJ Patten PJ Patten is an artist, author, and tattooer, born in Japan, raised in California, who now makes home in BC. Pulling from his own lived experience with addiction, homelessness, mental health, and the juvenile justice system he wrote and illustrated his first book Tower25. Current projects include adapting the play The Tashme Project created by Matt Miwa and Julie Tamiko Manning into the graphic novel format. Instagram @mr.pjpatten

About Sabrina Symington Sabrina “Bria” Symington is a transgender artist from Gabriola Island, British Columbia, best known for her ongoing web comic series, Life of Bria, as well as her graphic novels, First Year Out, and its sequel, Coming Out Again. She is an alumni of Emily Carr University of Art & Design, a cancer survivor, a former professional martial arts instructor, and she offers free voice feminization training resources for trans people. On Sunday nights you can watch her stream live conversations with interesting people while she draws them on The Sunday Portrait, and on Tuesday nights you can watch her attempting bizarre custom toy-building challenges on Dollarstore Kitbash. Both can be watched live at 6:00 PM PDT on twitch.tv/realultimatebria She currently lives in Vancouver, where she integrates her art with her life in every aspect she can, and tries to do one new thing every day.

Hosted by: Ria Renouf Ria has been proud to call New Westminster home since 2017. You can hear her anchoring NEWS 1130's weekday afternoon show from 2-7 p.m., with the odd appearance on KiSS Radio & CityNews at 6 and 11. In her downtime, she's usually getting a bite to eat at Royal City Centre, walking the waterfront with her husband, or indulging in a good movie, comic book or graphic novel. Twitter @riarenouf

For more information about The Arts Council of New Westminster, visit www.acnw.ca 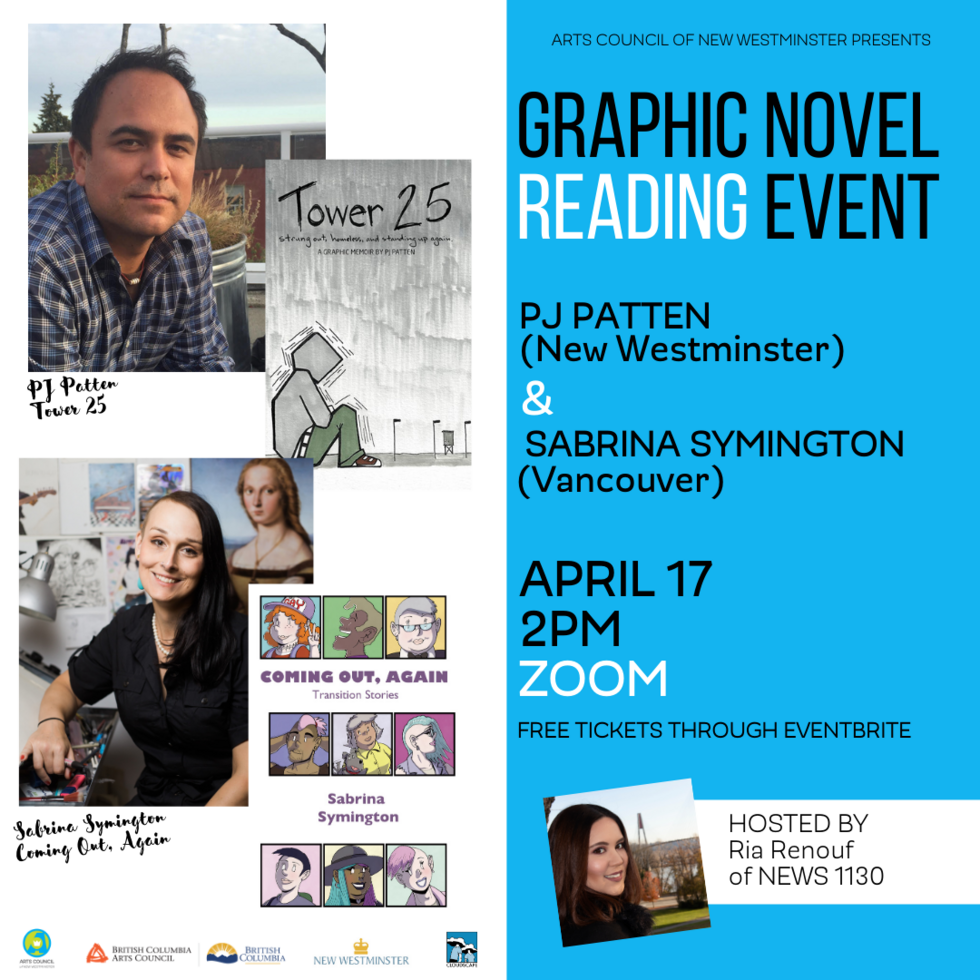