All Events
Blackthorn with a Shot of Scotch Vancouver Highland Dancers
7:30 pm
9:30 pm
777 Columbia St, New Westminster, BC V3M 1B6
Blackthorn is a Canadian Celtic folk band with an extensive repertoire that is rooted in the musical traditions of Scotland and Ireland as well as the folk music of English and French Canada. From lively jigs and reels to songs with rousing choruses and heart-wrenching airs and ballads, they bring the music to life with their luscious harmonies and complex instrumentation that features four talented musicians, three of whom share lead vocals, bringing a refreshing diversity of character to the group’s polished sound and all four contribute a mastery of a colourful variety of instruments.
Shot of Scotch Vancouver Highland Dancers
Shot of Scotch Vancouver is a non-profit society dedicated to honouring and expanding the Highland dance tradition through performance and education. Shot of Scotch Vancouver Striving to create new, exciting, contemporary dance pieces while maintaining a high standard of technique, Shot of Scotch Vancouver remains true to the deep Scottish roots of the century’s old art form of highland dance. 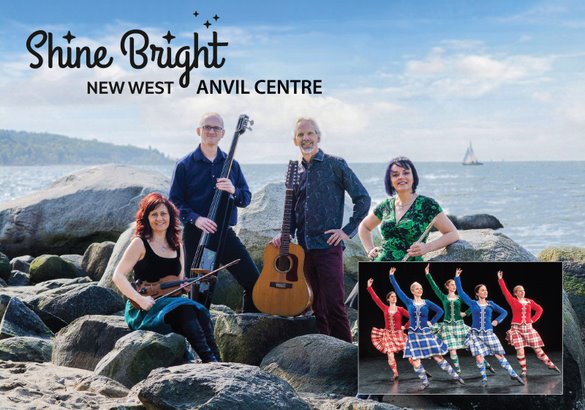