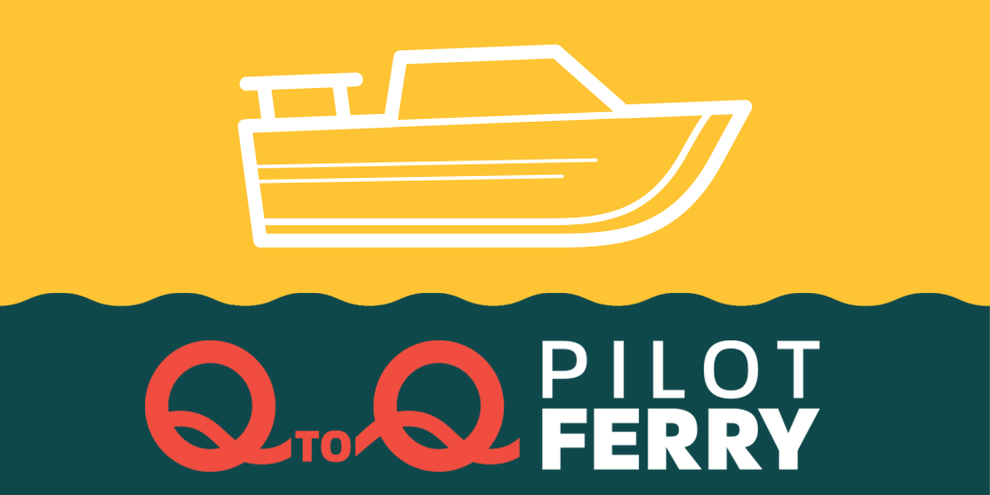 A direct pedestrian and bicycle link between the Quayside and Queensborough neighbourhoods is a long-standing City and Metro Vancouver priority, connecting a large number of local and regional destinations, including high density residential and employment centres, and providing better access to frequent transit service. The Q2Q Bridge has been identified as a long-range goal to enhance livability and community health through improved connectivity to available amenities on both sides of the river, while driving increased economic development and tourism opportunities in New Westminster. In the interim period, a trial ferry service has been developed, which will test the demand for service throughout the day and week

Extensive work was completed in 2016 on the design and costing of a bridge connection along with stakeholder consultation. The estimated cost of the Pedestrian/Bicycle Bridge was determined to be in the range of $40 million and this was not considered to be affordable given the existing funding resources and commitments of the City, including the remaining DAC funds. Council subsequently directed staff to investigate a demonstration ferry service in 2017 to test demand for the connection and determine future demand for service and the service was initiated on July 29th and ran until September 24th, 2017, on weekends, holiday Mondays and Friday evenings in August, with approximately 19,000 passenger trips taken during this period. For 2018, a trial Q2Q Ferry service running during extended hours seven days a week was launched on May 19th and will run to October 28th, 2018. Information collected during this trial period will be used to inform future services.