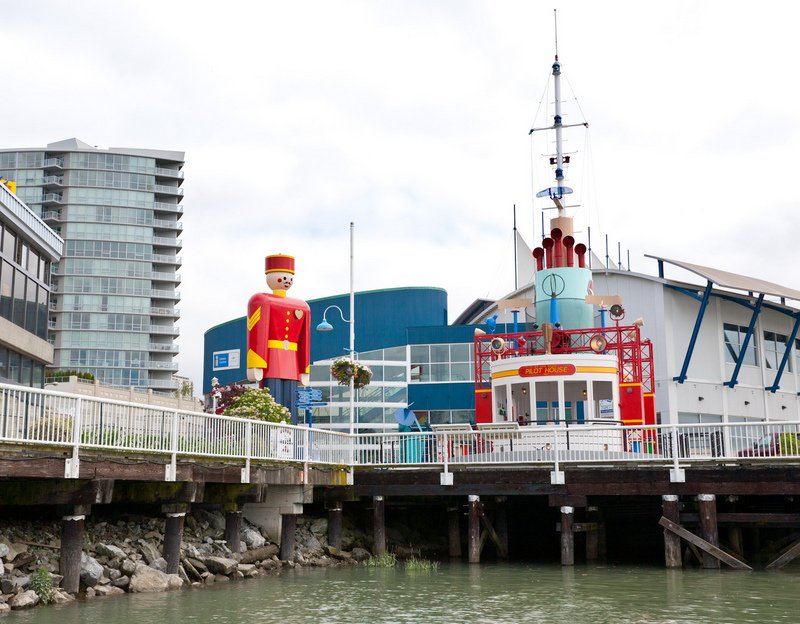 The Tin Soldier is based on a replica of a Sergeant Major of the Royal Engineers Columbia Detachment. It was designed and manufactured by Danny Jay, Austin Metal Fabricators Ltd., BC Metal Association and Sheet Metal Workers Union (Local 280).

Originally installed in 2000 at the Royal New Westminster and then relocated to its current location on the Quay in 2002.

The sculpture contains a time capsule to be opened in 2025.