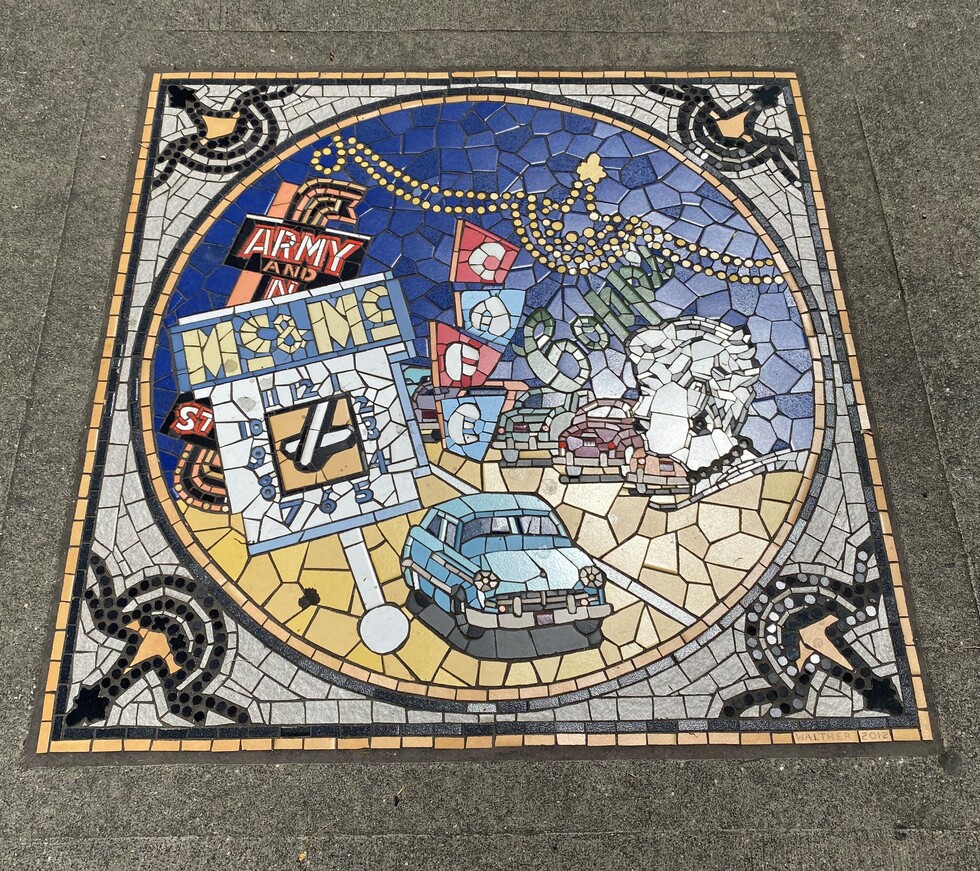 This mosaic is part of the Columbia Street Mosaics Project which was funded through donations by the New Westminster Community Development Society.

A Downtown Tile Project Committee was established in 2011. The Committee determined that eight mosaics would be commissioned and located on Columbia Street. Themes were developed to collectively tell the story of community and economic development in the Downtown.

Bruce Walther is a glass and mosaic artist living and working in Vancouver’s Downtown East Side. Walther has completed several Community Art Projects and Public Art Commissions including three in New Westminster.