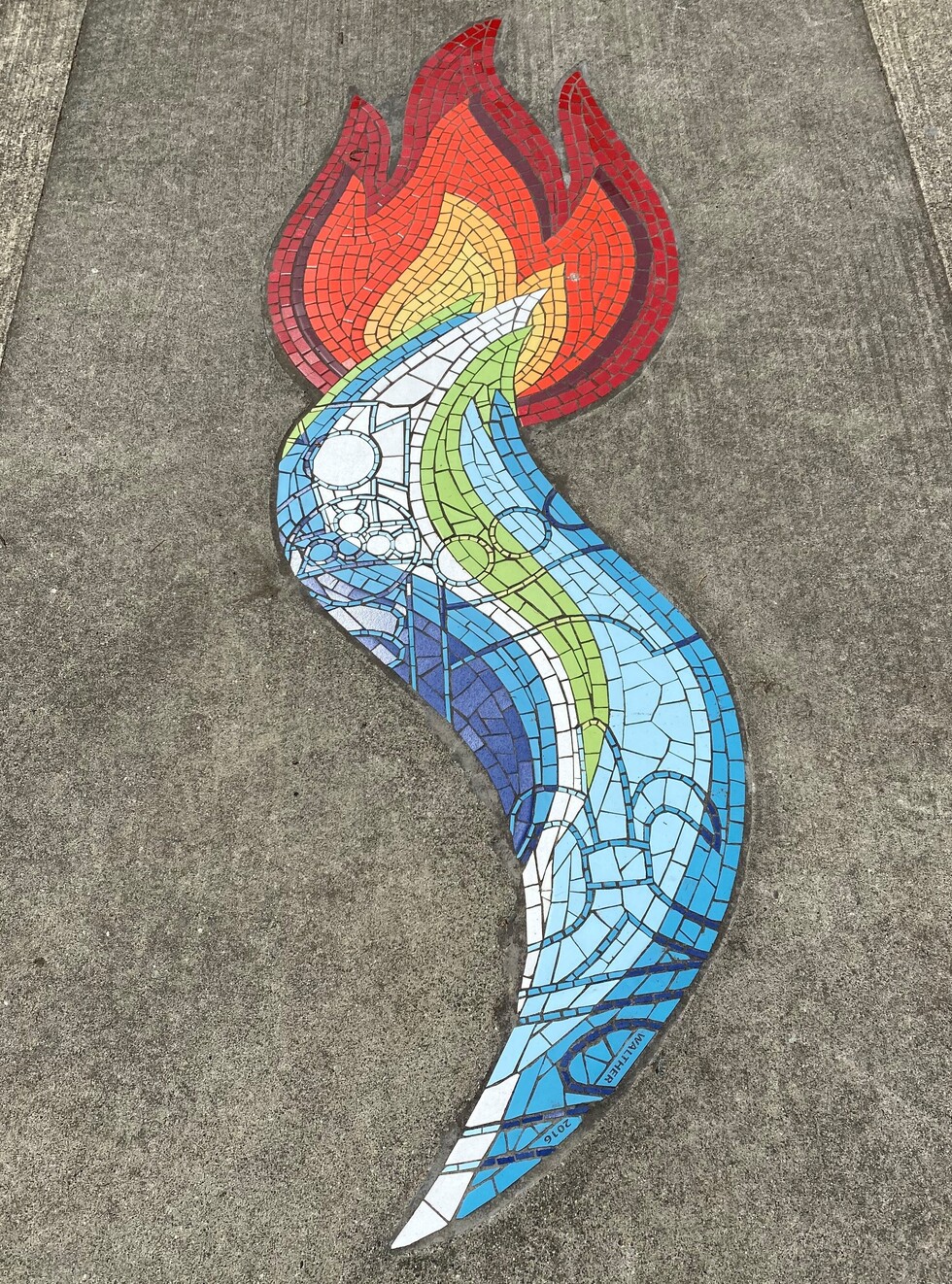 Bruce Walther is a glass and mosaic artist born in Vancouver, who has lived and worked in the Downtown Eastside for over 25 years. He has completed numerous public art commissions both locally and nationally.