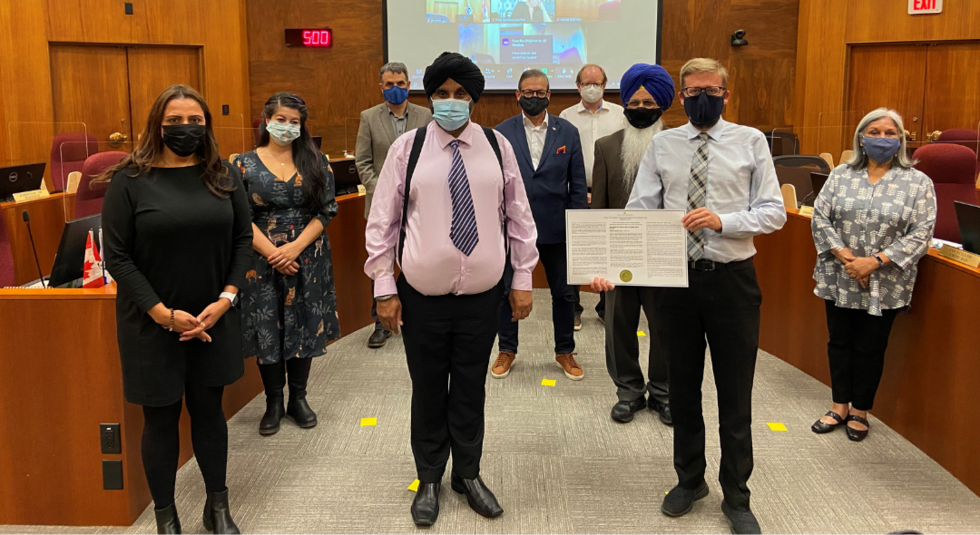 New Westminster – On Monday, September 27 at the Open Meeting of Council, with representatives of the South Asian Community in attendance, Mayor Jonathan X. Cote read the City of New Westminster’s official apology to the community, families and descendants of those who were impacted negatively by actions and words of the council of New Westminster during the Komagata Maru incident.

“Our apology tonight cannot take back the City’s regrettable views and actions of the past, but I hope it shows that we at the City are committed to doing better and building deeper connections to not only the South Asian community, but to all ethnic and cultural groups in New Westminster,” said Mayor Jonathan X. Cote. “Thank you to our South Asian community  for hearing our apology and I look forward to working with you in the future to build a more connected and inclusive community for all.”

The apology was drafted and approved following a council meeting in on October 28, 2019, at which time Mr. Raj Singh Toor, spokesperson for the Descendants of the Komagata Maru Society, attended and asked the City to consider naming a street, park, or other City asset after the Komagata Maru. After staff were directed to report back on any connection between New Westminster and the Komagata Maru incident, no proof was found of direct support by New Westminster’s South Asian community to the passengers of the Komagata Maru. Staff did find, however, that City actions at the time were supportive of discriminatory, racist and exclusionary laws that ultimately brought about the plight of the passengers.

“The Komagata Maru apology will help educate the community and remind us of how unique and diverse Canada’s and New Westminster’s makeup is,” said Mr. Raj Singh Toor, spokesperson for the Descendants of the Komagata Maru Society. “We are all richer when we remember how special it is to have so many different ethnic communities living together. I hope that it will help to connect Canadians, British Columbians, and New Westminster residents with their past to build a more peaceful and tolerant tomorrow. I am glad to be a part of making this happen.”

The City’s apology acknowledges that its past views and actions are not consistent with current Council values and strategic priorities around Reconciliation, Inclusion and Engagement – specifically, to create a welcoming, inclusive, and accepting community that promotes a deep understanding and respect for all cultures.

To view the council meeting and see the full apology, visit www.newwestcity.ca/council.