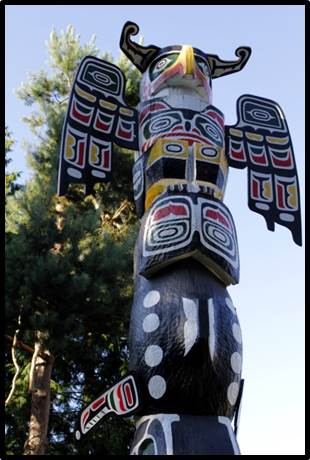 This totem pole was part of a 1967 Centennial project that was sponsored by the Columbian newspaper. Four poles were carved in four cities: New Westminster, Surrey, Coquitlam, and Burnaby. People were asked to buy shares in the project and certificates were issued saying that the shareholder owned one inch of the pole. The cedar logs were donated by several logging firms.