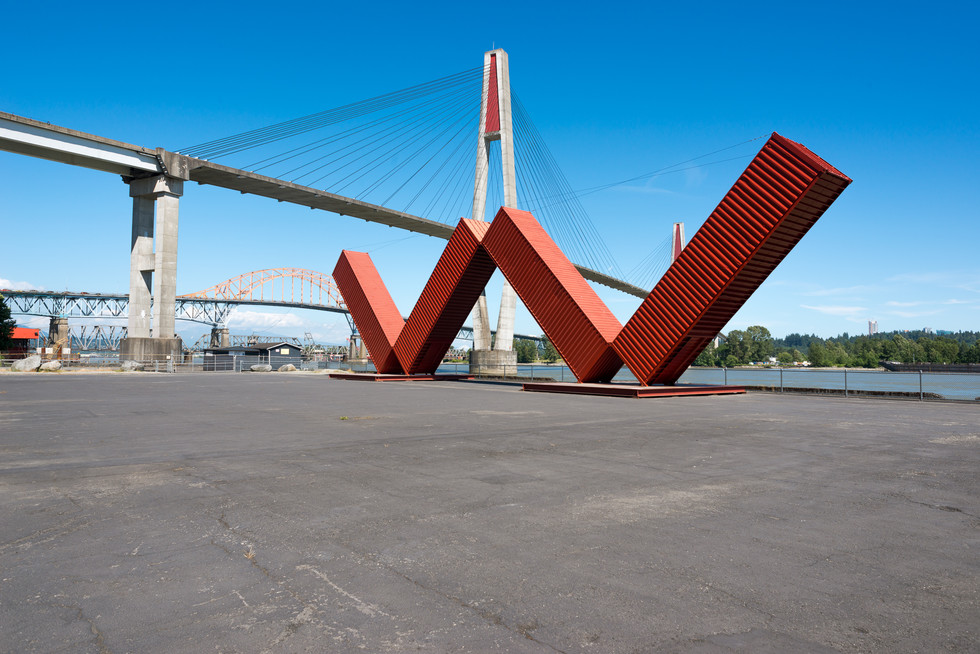 Wow Westminster was installed as Vancouver Biennale’s Open Air Museum presentation in New Westminster.  This 140-foot installation, comprised of four forty-foot shipping containers precariously cantilevered to form a “W” was designed by the Brazilian artist José Resende. The work established itself as an iconic placemaker along the Fraser River and was an integral part of the City’s Westminster Pier Park.  The work was removed in 2020 due to extensive structural damage resulting from the Pier Park fire.

This artwork was installed at 170 Front Street, New Westminster.

Born in 1945, in São Paulo, José Resende graduated in Architecture from the Mackenzie Presbyterian University in 1967. He studied engraving at the Armando Álvares Penteado Foundation, as a student of the artist Wesley Duke Lee. In 1981 he completed a Master’s degree at the Department of History at the University of São Paulo. In 1984 Resende received a research scholarship from the John Guggenheim Memorial Foundation. He has served as a faculty member and professor at the following institutions: University of São Paulo, Fundação Armando Alvares Penteado (FAAP) and Mackenzie Presbyterian University.