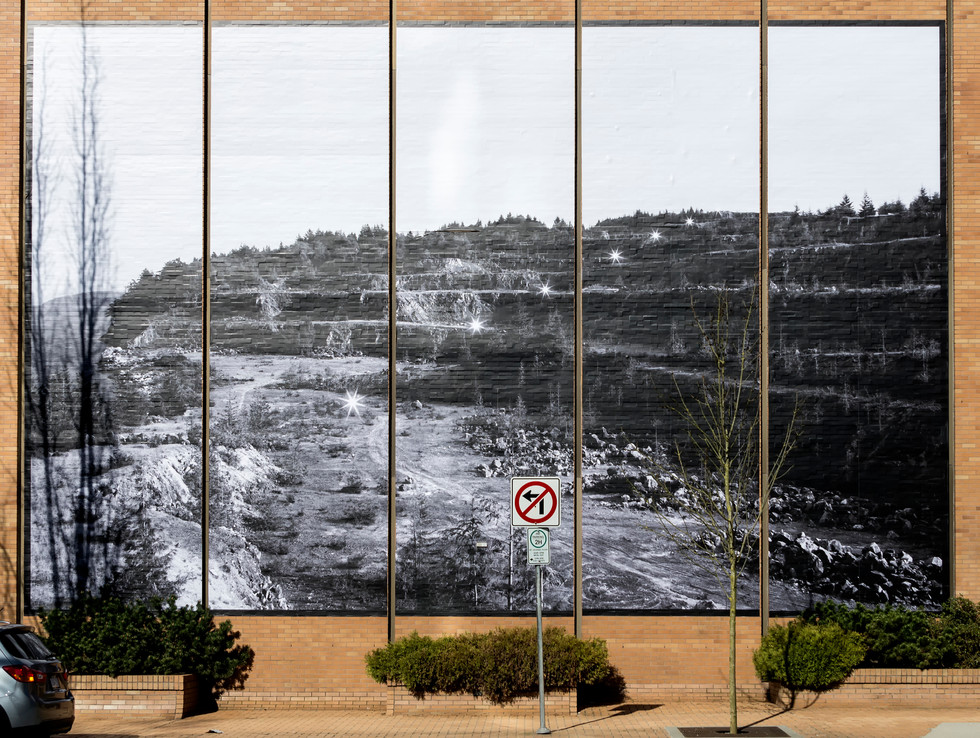 James Nizam’s public artwork, entitled Heliographic Scale, was been installed as the backdrop of the Telus Building in New Westminster. On the stave-like tables of an abandoned limestone mine on Texada Island in the Strait of Georgia, a sequence of flashes bursts across the quarried landscape by means of the sun. Utilizing the shiny surface of a stamper plate (used to impress grooves during the production of vinyl records) as a reflecting disk to transmit sunlight toward the camera, Nizam orchestrated an ascending “scale” of star formations, which he has recorded within a panoramic view. This temporary public art installation was presented in partnership with Capture Photography Festival.

The artwork was installed at 611-6th Street, New Westminster.